The Line is a youth social marketing campaign that seeks to change attitudes and behaviours that condone, justify and excuse violence against women.

Violence against women has been described by many prominent Australians as a national emergency. Indeed, conservative estimates suggest that one woman dies at the hands of a current or former partner almost every week in Australia.* And Australian Bureau of Statistics data indicate that young women aged 18–24 are more likely than older women to experience significantly higher rates of physical and sexual violence than those in older age groups.**

Aimed at young people aged 12–20, The Line is a primary prevention campaign, meaning that it seeks to prevent violence against women before it occurs. It does this by promoting gender equality and challenging problematic attitudes and behaviours at a structural level across the whole population, as well as making young people aware of the causes, dimensions and consequences of violence against women.

The Line engages young people through its website and its Facebook page, providing them with interactive information and resources about respectful relationships in language they can relate to, creating an authentic, ongoing discussion with young people about this important topic.

A really key aspect of [The Line] is that we’re going to where they are, we’re not creating a whole new channel or platform for them to engage with. We realise that they are being totally consumed by multiple messages and influencers every day, and we need to make it as easy as possible to for them to engage with us 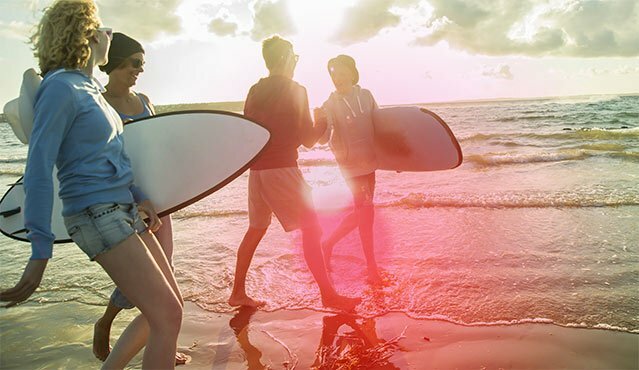 ‘We know that young people want clearer guidance around what behaviours cross ‘the line’: what behaviours are ok and what aren’t. So the types of behaviours that we want The Line to be able to encourage [are] the development of healthy, equal and respectful relationships,’ said Madeleine Clifford, Manager for Campaigns for Our Watch.

The Line campaign began in 2010 and was originally delivered by the Australian Government Department of Social Services. It is now delivered by Our Watch, an organisation that was established by the Australian and Victorian governments in 2013 to drive nationwide change in the attitudes and behaviours that can lead to violence against women and their children. Both The Line and Our Watch are part of the Australian Government’s National Plan to Reduce Violence against Women and their Children 2010 – 2022.


‘Our Watch has been established to address the causes of violence, and that includes gender inequality, rigid adherence to gender roles, gender stereotypes and challenging the deeply ingrained attitudes and social norms to make sure that the issue [of violence against women] is no longer justified, excused or hidden,’ said Ms Clifford.

Ms Clifford said that a survey of 3,000 people, including 2,000 young people, conducted for The Line campaign in 2014, and released this month, indicates that some young people are more likely to hold ‘some fairly problematic attitudes’ that ‘can lead to support for or perpetration of violence against women’. 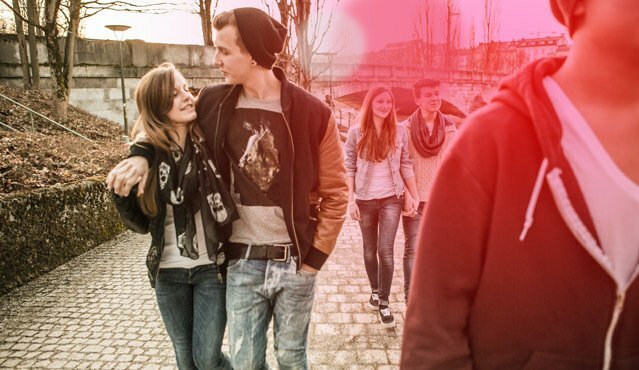 Ms Clifford said that social media applications present an ideal space for challenging these problematic attitudes because young people are already very active in this space.

‘A really key aspect of [The Line] is that we’re going to where they are, we’re not creating a whole new channel or platform for them to engage with. We realise that they are being totally consumed by multiple messages and influencers every day, and we need to make it as easy as possible to for them to engage with us, ’ she said.

Ms Clifford said that The Line campaign has been particularly innovative in the way it uses a strong evidence base to inform and evaluate the ways that it engages young people through social media.

‘We’re not just putting information out there online and letting people read it and then take away from it whatever they will, we’re helping to guide those conversations and help young people understand for themselves, come to the realisation themselves, about what’s right and what’s wrong, what behaviours are ok and what are not.’

Ms Clifford said that it is also an important part of The Line’s work to give parents, teachers and others who work with young people the tools they need to have appropriate conversations with young people about sex and respectful relationships. 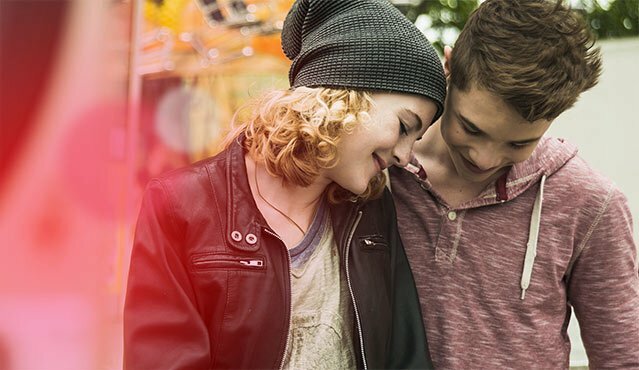 ‘We know that [young people are] struggling to understand exactly what a healthy, respectful relationship looks like. And they really need this information and guidance from their parents and the people that they look up to, but across the board we know that that is sorely lacking, which is a problem.

The Line has indeed been successful in engaging young Australians, with over 80,000 ‘likes’ on its Facebook page. Evaluations of The Line campaign’s objectives and outcomes indicate that it is having a very positive impact in shifting young people’s attitudes and behaviours towards violence against women.

Ms Clifford said that young people’s input into the development of The Line’s content is critical to the campaign’s success.

‘We’re also establishing a youth digital feedback committee, which will see a representative sample of around 12 young people around Australia … to give us advice about the types of information and topics that they think that we should be covering, and advice on how we should be presenting that information,’ she said.

Ms Clifford said that The Line is constantly refining its campaign messages and engagement strategies so it remains relevant to young Australians. In 2015, The Line campaign rebranded to reflect changes in the youth market, and on 8 May they relaunched their website with brand new content and announced former Australian Football League player Luke Ablett as their new Ambassador. As well as releasing the survey of 2,000 young people’s attitudes and behaviours relating to violence against women, this month The Line also released a policy brief that outlines violence prevention strategies for those working with children and young people.

While The Line campaign is for all young people aged 12–20, Our Watch is soon to conduct additional research to identity which communiction channels and strategies would best reach CALD and Indigenous young people, as well as young people with a disability, with the violence prevention message. They are also exploring how to spread their violence prevention message through new social media channels such as Instagram, Snapchat and Tinder, as well as developing new resources to support parents and teachers to continue to drive positive change in young people’s attitudes towards violence against women.

Interview with Madeleine Clifford, Manager for Campaigns, Our Watch