Each quarter, our peer reviewed journal publishes up to six research- and practice-based articles on Australian youth. Find out more. 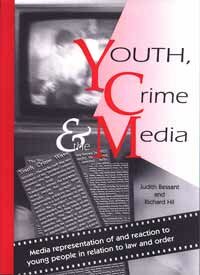 Youth, crime and the media: Media representation of and reaction to young people in relation to law and order

It is now widely accepted that the media play a central role in creating widely held images of young people. Most of these images emphasise problems like unemployment, gangs, crime, delinquency, drug use or homelessness. Youth, crime and the media is a valuable resource for anyone concerned with the ways the media represent issues relating to young people:

To examine these and other questions, leading Australian researchers and commentators have contributed to Youth, crime and the media. They explore the ways in which young people are represented in the press, television, film and radio. Using case studies, the book demonstrates the ways in which young people are too often represented as a threat to law and order, morality or community standards, but also illustrates that the media can be used as an expression of youth culture.

This book will be of particular interest to: