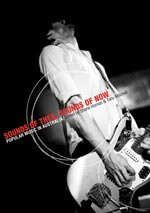 Values and visions: Youth and the failure of modern Western culture

Summary: In this age of dissatisfaction with our present, and unease about our future, science writer and strategic analyst Richard Eckersley challenges us to address the fundamental issue of 'how we are to live' ? an issue he places beyond the quantifiable and policy-based matters and into the wider realm of culture or 'how we see the world and our place in it, in both a social and spiritual sense, and the values we uphold'.

Online network use in schools: Social and educational opportunities

Summary: Most state governments in Australia have banned popular online networking sites from public schools after these sites were accused of supporting a broad host of threats to young people. This paper questions the effectiveness of these bans in light of recent empirical research that highlights the social and educational benefits that can accrue from young people?s online network use. In doing so, this paper argues for a more informed policy debate that considers not only the risks involved in using online networks, but also the opportunities online networks afford and the capabilities young people require to use them effectively.

The real cost of linking homeless young people to employment, education and training

Summary: This article explores the implementation of the Victorian Youth Employment, Education and Training Initiative (YEETI). This statewide initiative delivered brokerage funds to homeless young people through their housing advocates. One of the findings of the project was that the main barrier to young people achieving a stable continuum in their lives was their difficulty in maintaining links to education. The data revealed that a significant proportion of young people requested brokerage funds for education fees. The research identifies two key themes that could lead to a more strategic approach to youth homelessness policy and program delivery.

Meeting the needs of marginalised young men: An analysis of service provision

Summary: Recent research into the needs of marginalised young men in the inner west of Sydney found that there are serious problems related to service accessibility for this group. This article explores some of these key issues related to accessibility including: the help-seeking behaviour of disadvantaged young men; organisational barriers, such as the absence of flexibility and spontaneity in some organisations; the need to examine service rules and culture with regard to issues of punctuality and anger; and structural barriers, such as opening hours. It is argued that there are frequently tensions between the needs of the most marginalised young men and the needs of agencies that offer them assistance.

by Christine Siokou and David Moore

Summary: Raves have been the subject of sociological research for many years, with their increasing commercialisation being a key topic of interest. However, little attention has been paid to how young people attending raves view the changes in rave culture. This article examines four of the changes associated with the commercialisation of the Melbourne rave/dance party scene. It also examines representations of past and present raves/dance parties articulated by a group of long-term rave/dance party attendees. Nostalgic representations of past rave forms can be read as claims to subcultural capital, to the possession of an 'authentic' rave identity.

Back in 1995, Youth Studies Australia published an article by Richard Eckersley that provoked much discussion over questions relating to young people, culture and values. At the heart of Richard?s argument was the notion that contemporary Western culture is characterised by moral confusion and contradiction, including the promotion of inappropriate and antisocial values.


Indeed, there is much to learn from what has gone before, in regard to understanding and interpreting where we are going into the future.


The article stimulated much debate over Western values and where, how and if young people can develop a moral compass to guide them in turbulent times. Such was the relevance and resonance of the piece that it was later translated and reprinted in a Latin American journal of adolescent health. Articles such as this are as important today as they were when they were written. Indeed, there is much to learn from what has gone before, in regard to understanding and interpreting where we are going in the future.

The inspiration and exasperation experienced by youth workers, over the last two decades in particular, has been captured in the many articles published in Youth Studies Australia [YSA].

Some of us closely associated with the Australian Clearinghouse for Youth Studies believe that this wealth of experience and expertise shouldn?t be consigned to the role of archival material. We feel that it needs to be actively tapped into in ways that will again bring it to the fore. ACYS Publishing, therefore, is currently in the process of compiling a three-volume series titled Doing youth work in Australia,
which will feature the ?best of? all Youth Studies Australia articles. Youth work in Australia has a long and generally distinguished reputation. It also has a history of innovation, passion and practical relevance as issues, old and new, present themselves to workers and to those with whom they work ? young people.

In preparing this three-volume series, we carefully reviewed over 20 years of journal contributions and liaised with youth work lecturers in three different states. From literally hundreds of articles, we selected approximately 120 that we felt would be the most useful and relevant, and of practical significance, to youth workers doing youth work in Australia today.

In the three volumes ? Concepts and methods of youth work, Youth work and youth issues, and Youth work and social diversity ? we cover a comprehensive range of issues. The material in these volumes reflects the experience and thoughtful reflections of people actively engaged in youth work practice, youth affairs policy and youth research generally, as well as the wisdom of those no longer here (having left the field, retired or moved on to something else in their lives). The fact that some of the articles were written over a decade ago testifies to the continuing relevance and importance of certain issues.

What becomes clear very quickly in this material is that there is an intrinsic interconnection of issues, and that good youth work demands a holistic approach to the total person.

In the following pages, we republish Richard?s article to provide an indication of the standard of material that will be included in the Doing youth work in Australia series and, just perhaps, to rekindle the debate over values and visions.